To launch a startup, founders need two critical resources: funding and people. It can be challenging to attract investors, and even tougher to recruit the best engineering talent, especially in a tight job market. Rather than miss their window of opportunity, many founders will work with an agency who provides the expertise needed to build, launch, and run their product as the startup builds its own team.

Based in Australia, Dovetail offers a solution to both the funding and people challenges.  The agency works with a select group of startups with high growth potential and invests in their business while providing a seasoned team to build and launch their product.

This unique hybrid model — part agency, part investment fund — serves a variety of startups, each with its own specific technology requirements. However, managing an independent technology stack for every client would place an administrative burden on Dovetail’s engineering team. Building on Heroku when possible makes it easier for the team to deliver new products to market quickly, minimize the ongoing DevOps burden, and onboard client teams once they are ready to run their own product. 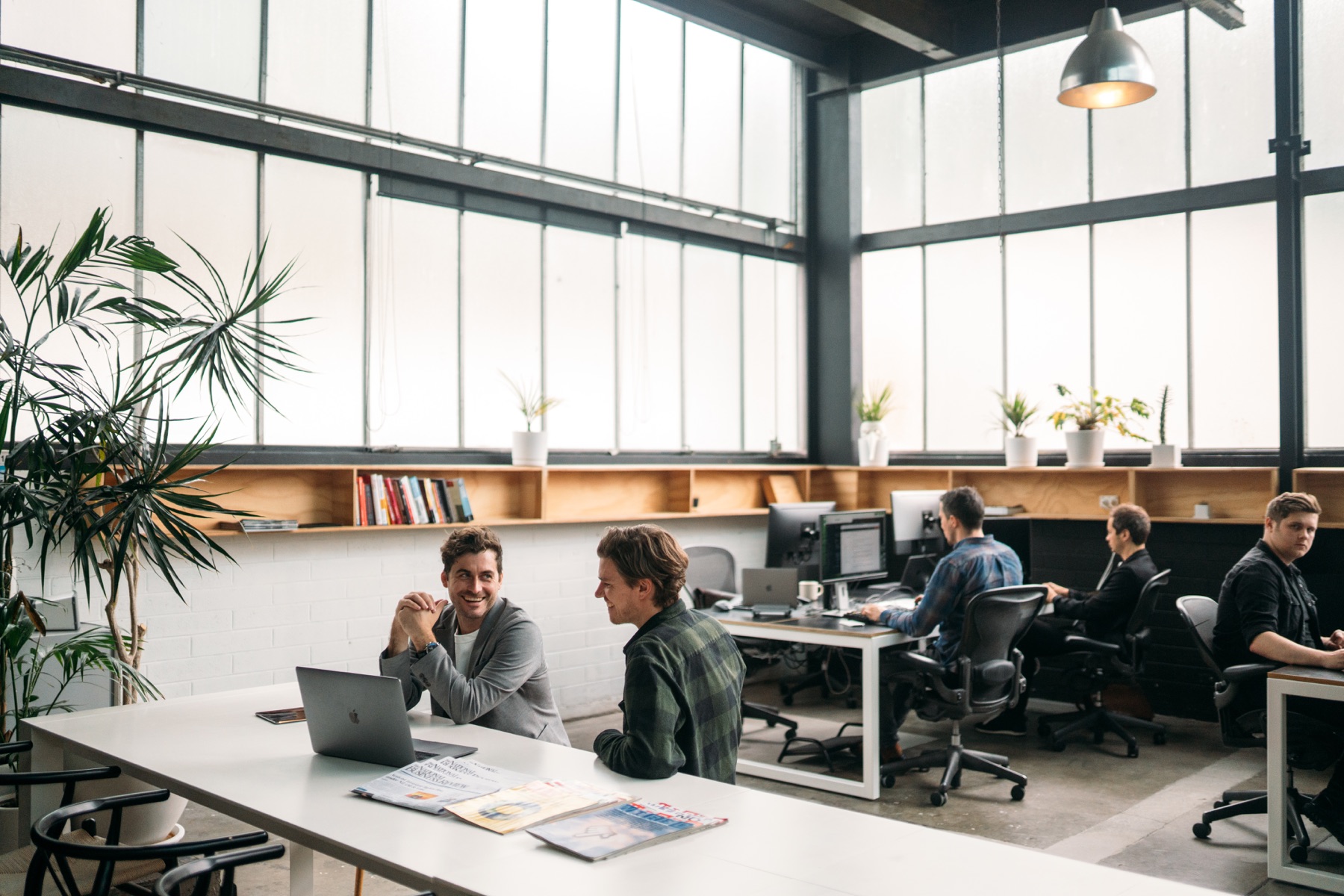 How Dovetail builds its investment portfolio

Dovetail’s founders have deep experience with building their own venture capital-backed businesses across Australasia and the U.S. They established Dovetail to provide advice and assistance to the next generation of Australasian tech startups.

As Dovetail onboarded its first clients, the founders recognized that their close working relationship gave them insight into the startups’ market opportunity and business potential. At the same time, the competitive job market forced the founders to consider ways they could attract and retain their own team. Dovetail began to invest in those clients with the greatest potential for growth and offered its staff a share in the investment. Today, as both investor and agency team, everyone at Dovetail has a financial interest in the success of their startup partners.

With its unique business model and proven track record, Dovetail fields partnership requests from startups across the globe. This allows the team to be highly selective with their partnerships. Specifically, they look for startups whose business model is not easily replicable. The team also favors businesses with domain expertise and who address a market need that other people aren’t yet thinking about. But it’s not just about the bottom line. While most of Dovetail’s investments are in the fintech industry, the team increasingly invests in mission-driven companies that focus on social good as well as financial return. 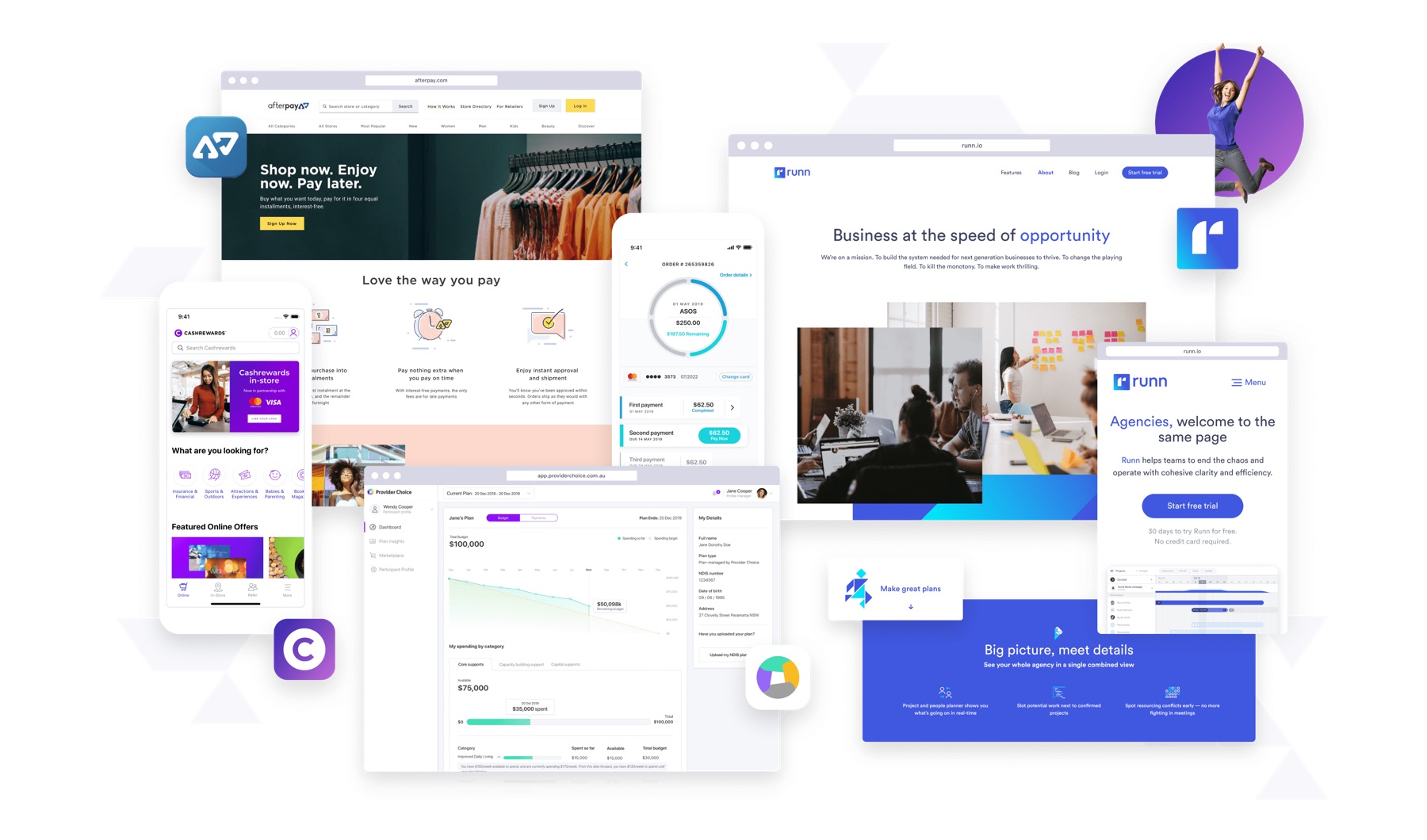 Dovetail’s hybrid model also impacts its technology choices. While a typical agency might work towards a short-term milestone, such as a product launch, Dovetail is invested in the long-term success of its portfolio companies. When Dovetail engineers build an MVP, they’ll likely also be responsible for evolving that product throughout its lifetime.

This long-term responsibility has led the Dovetail team to standardize their approach to building a variety of client web and mobile apps. In the early stages of development, Heroku provides a well understood environment that integrates with common developer tools and processes. This makes it easier and more cost effective to take an MVP from initial concepts to deployment in production. In particular, Heroku Review Apps and GitHub integration enable developers to create disposable one-off instances of their apps for streamlined testing as part of their broader continuous delivery pipeline.

As a product gains traction in the market, Heroku scales easily on demand. Rather than having to spend time and money rearchitecting in order to scale, Heroku makes scaling a matter of simply adding more dynos or increasing the size of Heroku Postgres and Heroku Data for Redis data services, all of which takes just a few clicks or terminal commands.

During normal operations, Dovetail also monitors each of its portfolio company's apps in production. The company's 24/7 monitoring team put Heroku's operational experience at the heart of their process, allowing them to focus on maintaining application health rather than spending time managing the underlying tech stack. In particular, the Rollbar add-on provides the Dovetail team with real time error and crash reporting monitoring at the app level, while the Coralogix add-on delivers SOC2 compliant log analysis. 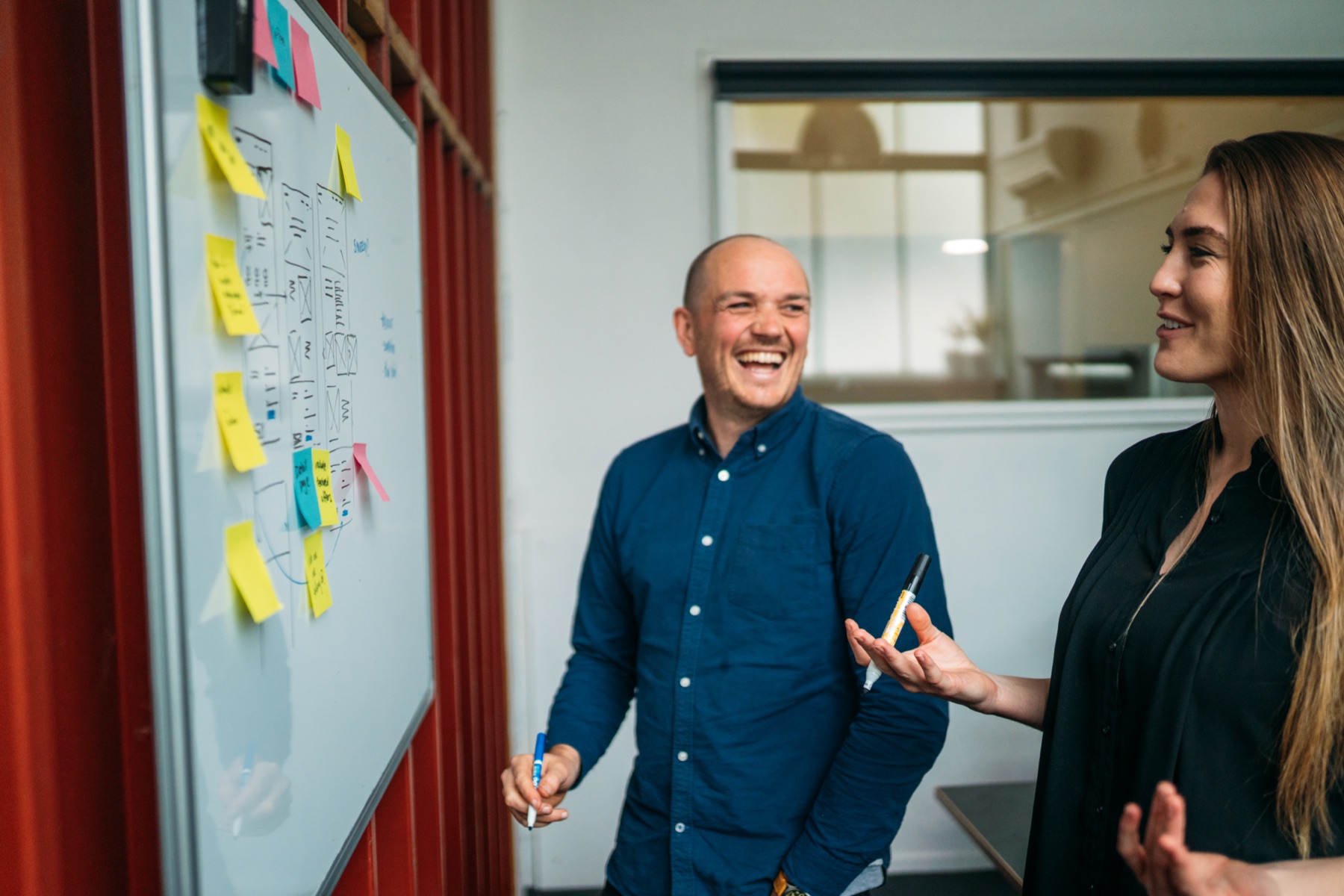 Rebuilding a fintech app to handle 30x growth on Heroku

Dovetail does not only partner with early stage startups. The agency also works with mature companies who are looking to unlock growth. One such client is a fintech company that provides a consumer financing solution for retailers. The client first engaged Dovetail to develop a mobile app that would introduce their service to brick and mortar retail stores. The app was a great success, now with almost 10 million users internationally. Unfortunately, the client’s back-end was struggling to cope with the ever increasing demand.

The Dovetail team decided to make a bold move — they began porting some legacy back-end services to Heroku. When they had an MVP ready, the team scheduled a demonstration with the client to show how their new solution on Heroku was much more suitable for meeting customer demand. Surprised and delighted, the client promptly commissioned Dovetail to complete the new platform on Heroku. Since then, the platform and company have grown to handle over 30x growth in terms of users, revenue, and market cap — all while managing to keep a 99.999% uptime.

Heroku gives us the ideal infrastructure to support clients who are experiencing hypergrowth. Even when demand peaks, we just add more dynos and Heroku handles it seamlessly. Nick Frandsen, Co-Founder & Managing Partner, Dovetail 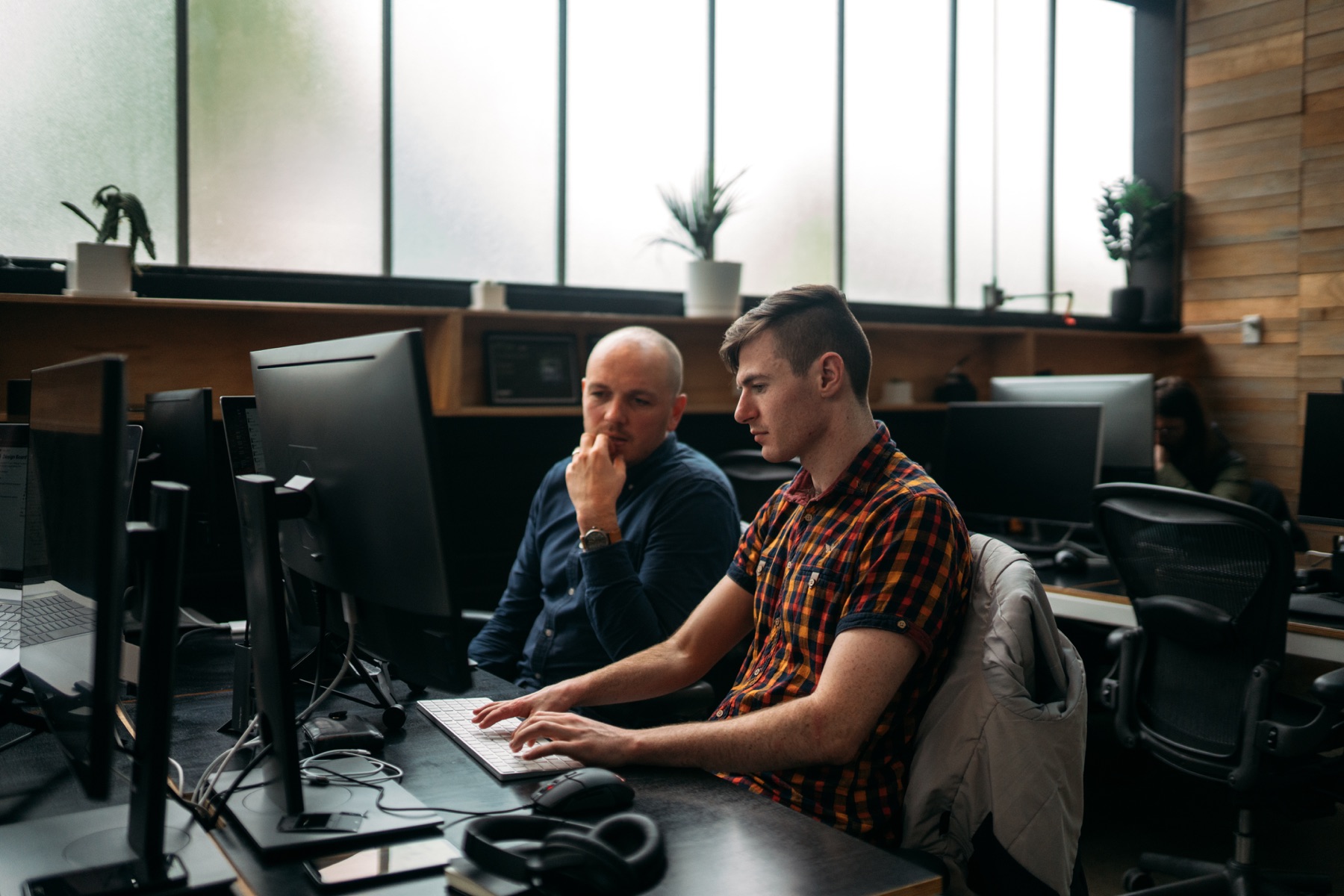 While Dovetail’s roots are in Australasia, many of its portfolio companies are expanding to global markets. If Dovetail were using an unmanaged infrastructure solution, then they would need to spend considerable effort on building and maintaining a globally distributed platform for each of their clients. With Heroku, they can help multiple clients to quickly enter new markets by simply deploying new instances of apps in the appropriate regions.

From the beginning, Heroku has been a key enabler of Dovetail’s unique business model. Heroku allows the team to focus on delivering innovative, scalable solutions for clients that can make everyone’s investment successful.

Inside Dovetail on Heroku

Dovetail uses a variety of languages and frameworks, ranging from Rails to Go and Java, according to the need of the project. From MVP through hypergrowth, Heroku is Dovetail's go-to deployment platform. Typical projects use Heroku Postgres for operational data, supported by Heroku Data for Redis. Several favorite Heroku Add-ons provide additional services, including Coralogix for SOC2 compliant log analysis, Rollbar for error monitoring, and Bonsai Elasticsearch for free form search. Heroku Review Apps make it easy for the Dovetail team to spin up test and review instances of the software they build.